David and Patricia Miller attended high school in the Harrisburg, Pennsylvania, area. From there, their training paths diverged. Following high school, Patricia completed a two-and-a-half-year discipleship and biblical studies program at Christ for the Nations Institute in Dallas, Texas. David went to Messiah College obtaining a Bachelor of Arts with a major in Bible and a minor in behavioral science. In 1975, he served as a member of a ten-week evangelism team in Belgium with Greater Europe Mission.

Shortly after their wedding in 1977, they worked together for a year in a part-time youth ministry assignment. David then completed the master of divinity program at Ashland Theological Seminary with a concentration in New Testament studies. After moving to Quebec City in 1981, they did two semesters of French language training at Laval University. From 1981-1997, the Millers served together as church planting and pastoral couple of La Communion Chrétienne Nouvelle-Vie. While in Quebec, David entered the doctoral program at Laval University in theology and social ethics. After many years in process, in 2014 he completed his dissertation on Le pacifisme chrétien et la théologie évangélique.

From 1997 until 2004, they had the privilege of sharing in ministry at the Dillsburg BIC Church, Dillsburg, Pennsylvania, where David was associate pastor with responsibilities in the areas of youth ministry, discipleship, and leadership development. Patricia taught children’s Sunday school, in addition to caring service.

From June 2004 to August 2007, David and Patricia served with BIC U.S. World Missions (World Missions) in pursuit of a new church-planting ministry in Montreal. Working in partnership with leaders from the Quebec Mennonite Brethren Association (AÉFMQ), they co-planted L’Intersection (2006) in the Terrebonne area, just east of Montréal.

Since August 2007, David and Patricia Miller, as World Missions covenant missionaries and by joint ministry agreement with Be in Christ Church of Canada, have served with the AÉFMQ in church planting and leadership development. David Miller is currently giving pastoral leadership to l’Intersection. He is also teaching courses in theology and leadership at ÉTÉQ in Montreal.

David and Patricia are at home in the Québécois culture and are motivated by the love of Christ to share the Good News in this part of North America where there are so few churches reaching out with the love and truth of Jesus. They are thankful for this path of partnership in ministry. Staying close to family members — Jess, Paul, and granddaughter Amy; Laura, Josh, and granddaughters Sephira and Zoe; and to their son, Andrew, who lives in the Montreal area — is important to David and Patricia. They continue to enjoy running, biking and snowshoeing. 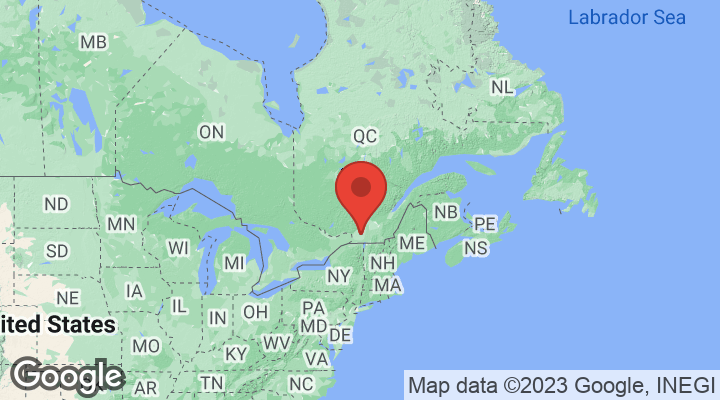 Donate or pledge support toward our ministry in Canada