Jacqui has a background in massage therapy and became a follower of Christ in 2006. It was a deeply transformative experience, and the Lord gave her a completely new perspective on life, a message to share, and a truth to live out. As she grew in her faith, she began praying for Yosuel to come to faith.

Yosuel has a background in construction and as an entrepreneur. Early in 2009, he faced several months of personal crisis. Through this season of wrestling, he came to Christ and decided to live the rest of his life for God’s glory.

Jacqui and Yosuel were married in 2010. As a couple, they first attended Iglesia Christiana Bethel BIC in Miami, Fla. but eventually started going to and doing ministry with Iglesia Rescate in Hialeah, Fla. They deeply engaged in the church family and served in children’s and youth ministry, chaplaincy, and other leadership roles as deacons and elders. Additionally, they were active in evangelism projects and outreach to local Muslim communities and people experiencing homelessness.

Through Iglesia Rescate, they had the opportunity to go on several missions trips to Haiti, the Dominican Republic, and other countries throughout Latin America. They also participated in missions trainings, and Yosuel completed a Bible institute program in 2012. These experiences were formative for the Medinas and fostered a passion for ministering to people around the world who had not heard the Gospel.

They leaned into this newfound passion and intentionally sought God’s will for their family. In October 2016, Jacqui woke up in the middle of the night and couldn’t fall back asleep. She started praying and felt the voice of God telling her to be radical, give up everything, and follow a new path the Lord had for their family. The experience was highly vivid and impactful, and the following year they packed their bags for Ecuador to work with unreached, indigenous people groups.

They are dedicated to ministering to indigenous families inside and outside the Amazon Jungle. They spend about two weeks each month in remote jungle villages where they disciple new believers, help develop leaders, plant churches, and provide Bible trainings. They have also launched an initiative to support widows and orphans through small-scale farms, and they now pastor an intercultural church in the outskirts of the jungle that has members from several different cultural groups.

Yosuel and Jacqui intentionally include their three children – Joshua, Rebecca, and Elizabeth – in their work. Their family is dedicated to sacrificially living out the call to make disciples of all nations and share the Gospel to the ends of the earth. 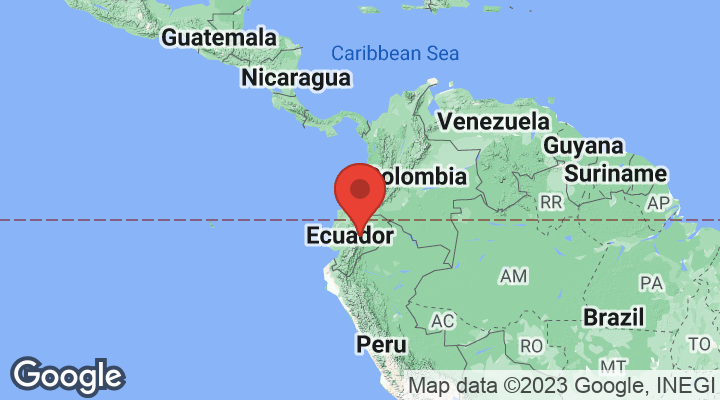 Donate or pledge support toward our ministry in Ecuador